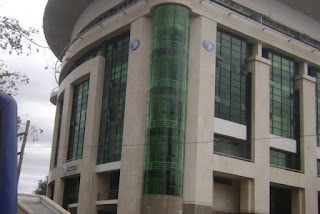 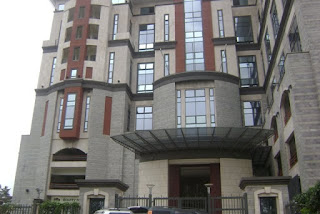 5. Equity Bank (6) assets of 92.4 billion and nine month profits of 4.2 billion. Equity is still one of Kenya’s fastest growing banks though the 100% growth margins have tapered off to more manageable 30%+ for loans (55 b)and deposits (63 b) as it expands regionally in Uganda and Sudan and continues to roll out unique banking products.

4. Cooperative Bank of Kenya(5) with assets of 98 billion and nine month profits of 2.9 billion. The bank continues its 20%+ annual growth a year after listing and has diversified into investment banking. However their re-jigged executive shareholding following n ESOP is a sore point to be debated further.

3. Standard Chartered 3 with assets of 122 billion ($1.6 billion) and nine month profits of 5.2 billion ($69 million). Despite my earlier negative outlook, stanchart was a late bloomer and has come on strong: significantly, unlike other big banks, stanchart grew faster this year compared to 2008 - with 18% growth in deposit (89 b) and loans (40 b) while profits are up by 40% as income is up 23% compared to just 5% for costs while spearheading technologial products & services to their customers. Also increased investment in government securities by 77% and holds ~ Kshs. 36 billion now.

2. KCB (2) assets of 163 billion ($2.17 billion) and nine month profits of almost 5 billion ($66 million). KCB group is larger than Barclays in assets (185 b to 168 b) but has a smaller asset base than last year. In 2009 deposits (133 b) and loans (93 b) are up over 20% but profit is up just 3% - income is up 11% but expenses are up 15%, as KCB continued its expansion, opening six branches in November and also expanding in Rwanda Uganda, South Sudan and soon to Burundi. The bank also continues to weather occasional storms against it sustainability with triton and now Kenya planters coffee union.

Posted by bankelele at 4:00 PM

KCB is TWICE the size of Equity yet Equity is almost matching it in profits.

In my view, KCB needs to make an improvement of their business processes (purge the Gov. Parastatal "mentality") and most likely the result in the stock market will be bullish.

Yeah we all speak Chinese... idiot.

Maishinski: KCB is huge, the group profit is about 5.2b, while Equity will catch up probably in two years, if their growth maintains

True - but their assets probably comprise of idle colateral. Illiquid, untouchable, lying around doing nothing...

What's the Cash Flow based ranking like? That can reveal a thing or two...

CBA or Commercial Bank of Africa was first established to serve the financing needs of Small and Medium Enterprise (SME) customers. SMEs make a considerable contribution to Kenya, both in terms of wealth and employment creation. So this Banks Presence has made a big difference in the Kenyan Economy.

@maishinski - KCB still has lots of under-performing assets on their books but I think the is a change...

Equity is a phenomenon. You can't even compare anyone else. It has grown in leaps & bounds since it listed.