new corporate activities at the Nairobi Stock Exchange include

They are aiming for the IPO in 2011 to finance their diversification into micro-insurance and bancassurance as well expansion to Tanzania, Rwanda and south Sudan. They are yet to obtain shareholder and capital markets authority approval. Group Managing Director Benson Wairegi said they have alerted the CMA, but are yet to submit documents until their shareholders approve the process

Kenya's capital markets rules require 3 to 5 years profitability before a company can list, though @coldtusker disagrees with that saying smart investors should be allowed to decide a company's prospects regardless of their recent profitability.

TransCentury: Also up for possible listing is TransCentury which was founded by a Group of prominent Kenyan investors who expand into the limelight when they acquired East African cables in 2004. Since then they have taken stakes in Development Bank of Kenya, Kenya Power & Lighting company as well as Rift Valley Railways

Their 2010 highlights and 2009 detailed accounts show;
- High finance costs eating into profits and need to pay down debt
- Strong shillings bad for there profit 170m impact,
- Kshs 1 billion invested in 2009, down to 50 million in 09 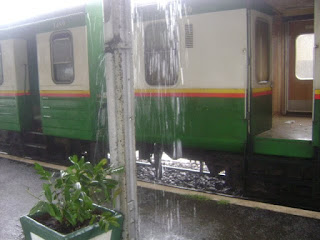 In anticipation of a NSE listing, they made moves such as:
- 10:1 share split in October 2008. Now has 263 million ordinary shares up from 20 million after bonus, split, and new issues
- Paid a dividend of Kshs 13 million in 2009 (DPS of Kshs 0.05). For 2008, it was 29 million, which was part paid in '09
- According to the East African in Feb '11, Transcentury shares were trade at an OTC market run by Dyer & Blair at Kshs 35 per share compared to Kshs 48 in 2010.
- Seem to manage regional diversification better than Olympia did and which Centum is now trying to do

Kenya Airways: Is likely to seek to raise capital from its shareholders this year on advice from their directors and CFC Stanbic who are their financial advisors.

Regional: In Tanzania, Kenya Airways is ceding a steak in Precision Air, which is seeking to raise almost $30 million, in an IPO, but indications are clear that Kenyans will be locked out as will other non-Tanzanians.

From Rwanda, we have the prospect of more share listings from two companies - Bank of Kigali and MTN Rwanda, and following in the footsteps of Bralirwa who's IPO was open to all East Africans.

Posted by bankelele at 2:32 PM

Gear cutting tool design and production requires much specialized knowledge, which has been acquired and refined over generations.
scalping cutters

it seems to me that you are the Gurus of technical analysis and you have fans from all over the world. Last but not least thankyou very much for Indian market analysis. Today also happen another bull trap as per daily chart.I think as per daily chart there is lot of profit taking of short seller are finished and i think that it is very dificult for bears to get further down this market for new low. But still i believe that as per weekly chart we are still in clear 3rd wave.