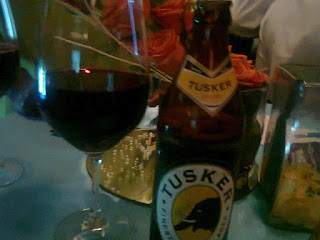 The new law which restricts sale of alcohol, bar opening and closing times, prescribes penalties on offering brewers, sellers, patrons etc. is temporarily on hold after an association of bar owners from Muranga in Central Kenya filed a court case to delay its implementation. But in a rejoinder another group of leaders from Muranga County (see website) have come out and supported the bill via a full-page colour advert in the newspapers. They claim alcohol has ravaged the county leading to death, blindness, family break-ups, but most important the waste of able bodied youth and men who would otherwise be engaged in productive agri-business (coffee, tea, milk, horticulture).

More on the positive side of the alcohol ban can be found in a separate newspaper article in the Saturday Nation which showed the dramatic effects the ban had on a small village in Gatanga (Central Kenya), and the scenes were probably mirrored in many other rural villages that havd (previously) seen similar effects on alcohol abuse on productive population.

….although it is noon, the young folks are sober, a state locals say is a miracle. “By noon, half of them would be drunk,” says Mr Michael Muthee, 45, a carpenter. He should know: Although offering to pay Sh300 a day for a helping hand in his workshop, he found it hard to find a sober young man before the new alcohol laws came into force. And when he did, the fellow could not be counted on to return the next day, least of all, sober.

…Before the new laws came into effect, he says, much of the work on the coffee farms was left to women and children, The male folk would vanish in morning and stagger home in the evening.

So what’s in the bill being championed by the National Campaign Against Drug Abuse Authority (NACADA), but which a Member of Parliament John Mututho took most of the credit and now some blame for hurriedly pushing through?

- NACADA which operates under the Office of the President, and not from either Ministry of Health (why there are two Health Ministries and two education Ministries in Kenya is another story) sought to tackle the increased availability of outlets selling alcohol, and the marketing of it to (and use by) youth (under 18’s).

Enforcement: NACADA are meant to educate Kenyans on the dangers of alcoholism. But so far there has been little education (clause 69), and the agency which is to give statistics on alcohol which they collect state (at their website) that 15% of 15-64 years-old's in Kenya take illicit brews.
- Changaa Legal: Kenya’s most popular illicit brew is going to be legalized (repeals changaa prohibition act (69). The Government is going to develop standards for changaa which is to be brewed and packaged in a manner similar to Uganda’s Waragi and Tanzania’s konyagi, and sold in glass bottles larger than 250ML.
Fund: There is now an alcoholic drinks control fund supported brewer, wholesale & retail licenses - and of money raised, not more that 15% will go to civil society groups and not more than 50% to the district alcohol committee (led by district commissioner)
- Being drunk in public can attract a fine of Kshs 500 ($6) or 3 months in jail (a mismatch? - @archermisahle says cops are asking 1,000 for people who stagger out of pubs)
- Restricts police harassment: Only senior police officers can conduct inspections not the loitering patrol cops (25)
- Special Ones: There is some elitism at play, and places exempt from the Act (7) include national assembly (parliament), clubs (i.e. sports, social), military & institute canteens. A separate newspaper notice extended some exemption to hotels (tourists/guest) and restaurants (patrons who eat) but these are not spelt in the act.

Promotion Landscape Changes: Kenya’s popular music reality shows contest – Tusker Project Fame would be no more, unless it can be rebranded as something else (Alvaro Project Fame perhaps?)
- Bottle top lotteries (check under your bottle cap & win) are banned (47) as no promotion can be run that encourage alcohol consumption 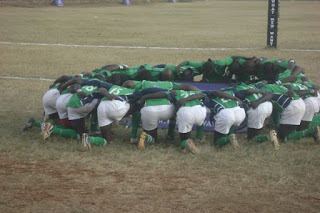 - Also while EABL's Tusker brand has bailed on the world famous Safari Sevens rugby tournament (now known as the Safaricom Sevens), alcohol cant be sold at the event which also features schools rugby competition (46) – will the organizers exclude schools and any spectators under 18 from the tournament?

Posted by bankelele at 1:36 AM

I think they moved too fast on the law, before the thought about it...it is good but also bad!

The law was long overdue. We have become a nation of drunkards. look around you! There are more bars than schools / libraries in Nairobi for example. A good number of wananchi watukufu start drinking from Morning till Morning; Monday to Friday.

We all know that Alcohol, when taken over long periods, destroys the liver (common knowledge) - but did you also know that it shrinks the BRAIN?

People dependent on alcohol operate at sub-optimal brainpower hence a nation of drinkers is a nation of retards. Could explain the mess we are in socio-politically...

Watu hupeleka mpaka watoto kwa drinking dens... ati kids are in bouncing castles while mum and dad drink themselves to a stupor... Kids learn by observation.

One would argue ati "big brother" approach but look at cigarrettes... people know thet smoking has devastating FINANCIAL and health effects - yet they still do it. Addicts dont have discipline.

Those opposing the Alcohol law are like the cigarrete vendors who oppose anti-smoking laws. Driven by GREED rather than MORALS.

One other thing that the Alcohol Law exposed is that Kenyans especially Kenyan men, do not have hobbies. They love going to bars to drink, watch soccer and discuss politics

Alcohol is a LEGAL refreshment and the government earns a tidy sum in form of taxes from the legal alcohol industry. I would support any measure that seeks to regulate the formally unregulated alcohol industry and that would protect the minors from exposure to alcohol. What I have a problem with is only the timings given in the act on alcohol consumption, restricting it to only 6 hours a day makes it very unattractive for any investor to be interested in the alcohol business.

Murugi Njehia: Because of the rush, the exemptions to hotels, clubs etc appeared in newspapers, but were not part of the Act

Maishinski: Unemployment, especially rural has led to idleness and drunkenness; you could go to some village pubs at noon and find it full of young men drinking and watching music videos, playing pool and scheming.

People have put up bubs because it’s a good business with a restaurant, and by combining with kids corners & bouncing castles, they are able to have fun while the kids have some outdoor fun.(and in a reflection of real estate trends there are few playfields in many estates)
-What about the alcoholic’s joke that brain cells that are killed off are replaced by fresh young ones? ;-]

Anon: there are lots of non-alcohol hobbies, but for the upper class – golf, hiking, paintball, and swimming

Kirima: yes the tax hit is worrying, as will the fortunes of keroche and EABL while patrons adjust to new regime.

The assumption that the Government should decide what hour of the day I should take an alcoholic drink is absurd. I remember (in the 90's) Kansas, US didn't allow alcohol sales on Sundays for a long time. They had to repeal that bullshit since, simply enough, people were crossing state lines and taking their dollars to states without parochial and gestapo-like laws.

I am so glad that I don’t reside in Kenya. We Aussies are very much into drinking beer and I can’t believe that the government can decide when I should drink. Some silly political move I would say.