Oil
Story in the Nation about Kenya’s on-going hunt for oil.

I am hoping that we don’t find oil fields/reserves in Kenya and not just because we are unlikely to escape the much-written about Oil curse that has plagued so many countries. (See Economist and BBC).

We simply don’t have the governance systems in place to manage oil revenues which the Economist refers to as oil money flows from big oil to the big man and Kenya will become the latest example to confirm that resource rich countries grow more slowly than resource poor ones.

Kenya's oil is likely to be found in remote parts of coast, north eastern, eastern or rift valley provinces and these are areas that have not received much development in 43 years of independence. Discovery of oil is likely to be met by hostility from these residents (who are often armed to defend themselves from bandits and raiders) and who will have the view that “you (other Kenyans/central government/Nairobians) don’t/we (ourselves) don’t consider us to be Kenyans, you have never cared about us and now you’re only taking an interest in us because we have oil – so F__ you, we want our own country and we’ll cut our own oil deals, maybe even with Sudan, Ethiopia or Somalia.”

Also discovery of oil will not help other vibrant & diverse industries, especialy agriculture-based, will be hurt by the distorted foreign currency position that oil will create. Oil & mineral industries never create as many jobs for locals as they promise - and agriculture, which supports a majority of Kenyan households & families will suffer leading to increased poverty. 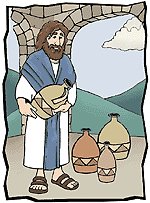 There was a strange incident over the weekend at a high profile government workshop. The Chairman of the session sat down to take a break and he opened & sipped a bottle of mineral water - only to spit it out immediately. When he asked what was wrong, he offered his bottle, from a well known local brand to curious onlookers and it emitted a sharp smell that was suspected to be whiskey.

The likely conclusion was that an unknown company that sells fake goods on the market had mistakenly shipped out some of their whiskey product in the fake wrapping of a popular water company.

Also at the summit were senior officials of the Kenya Bureau of Standards (KBS) who have promised to investigate the source of the sample. KBS has been vigorously trying to ensure that imported and locally produced goods are genuine and quality products. They have identified & destroyed fake items, and shut down the source companies even as they have faced a lot of hurdles, some bureaucratic, some legal, including a court order that prevents them from inspecting the goods at a popular supermarket chain.
Posted by bankelele at 1:05 PM

OK is it just me who's thinking I'd love to pata one of those bottles!!!

Yes I know there are serious implications here lakini the way I see it: I'm stuck at a seminar and then I open my water and its whisky?!!! Woooooo hooooooo!!! Party!!

Ok, let me leave after having cast aspersions on my... good sense! LOL

One bridge at a time
Let them find the oil, then we see what happens next.
As much as there is doubt on the incumbent to handle such resources with the needed integrity, truth is we cant wait for the situation to change...it has to be taken in motion.

Ms K: Stop, the party, you wouldn't want one of those bottles, it's a serious matter ( to quote Michuki) - they could have some detergent or industrial liquid in that bottle.

Omani: Folk's in Lamu are already asking how oil discovery will benefit them, but let's wait & see.